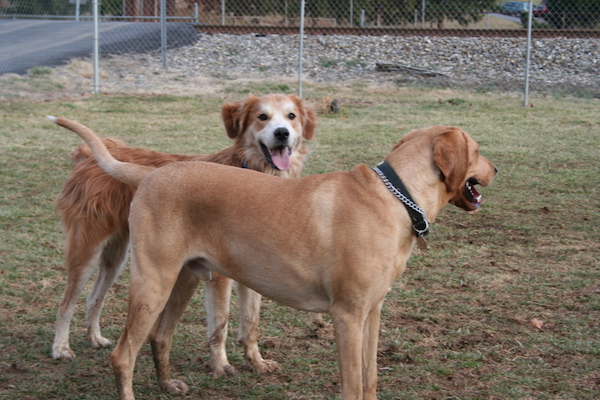 The Waynesville Parks and Recreation Department, following the successful lead of many other civic organizations around the country, is offering engraved bricks to the public.

Purchasers can have the bricks engraved with a message of their choice and ultimately inserted in a pathway at the Waynesville dog park. The bricks were first offered for sale in July. They are priced at $50 for one, or two for $75. Messages can be up to three lines of 20 characters each.

Rhett Langston, Director of the Waynesville Parks and Recreation Department, said the bricks are commonly engraved “in honor of” or “in memory of “a deceased loved one or a beloved pet. “But people can pretty much say what they want,” he added.

Langston said that he thought a lot of Waynesvillians weren’t even aware of the existence of the dog park near the Parks and Recreation Building at 55 Vance Street. The dog park now is about a quarter acre in size, fenced off within the larger Recreation Park. He said that the dog park might be significantly improved following the adoption of a new master plan now in development. Potential improvements, partly funded by the proceeds from brick sales, might include enlargement of the dog park and the fencing off of separate areas for big and small dogs. The current park is one undivided area used by every sized dog from Great Danes to toy poodles.

Bricks may be purchased at the Waynesville Parks and Recreation Department, and also at the Waynesville Skate Park and the Donnie Pankiw Tennis Center. For further information, or to request an order form, call the Department at 828450-2030. Or email rlangston@waynesvillenc.gov.