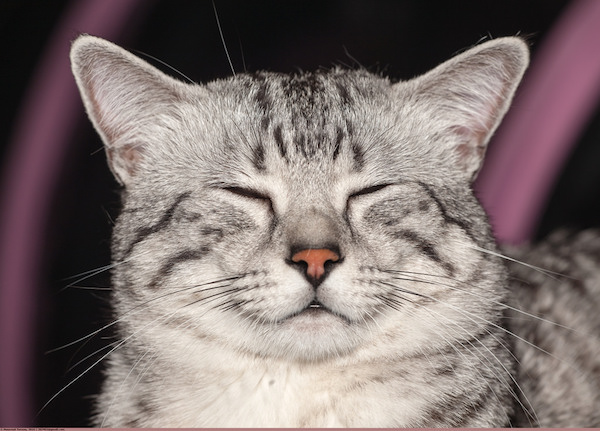 This is a controversial subject in the veterinary world. In the United States, a large proportion of veterinarians declaw cats. That is not true in the rest of the world, where to declaw cats is often considered mutilation and abuse and outlawed. The U.S. is the only advanced country allowing declawing.

Most people with declawed cats have never been educated by their vets as to what it really is and what the long-term consequences can be. This is my attempt to help people understand why I consider declawing cruel and will not declaw a cat. There is no “proper” way to declaw a cat. Vets who claim using a laser and good post surgical pain control are ignoring the fact that declawing permanently changes the way a cat walks. It has long-term consequences.

Declawing is a surgical procedure, also called onychectomy, in which the animal’s toes are amputated at the last joint. Yes! It is AMPUTATING your cat’s toes.  Most people do not realize that the distal digit (bone) – not only the nail – is removed, usually when the cat is young. While some cats will have immediate complications from the procedure, it may be months or years before the damaging effects of declawing become obvious. Declawing may result in permanent lameness, arthritis, and other long-term complications. The chronic pain can create behavior problems such as biting and poor litter box habits.

Why does amputating the toes cause problems? Because cats normally walk with their toes bearing the weight of their bodies; each step is cushioned by the pad under the toe. The last digit, with its nail attached, is critical in distributing the weight evenly so the cat is cushioned by its pads. When that last digit is removed, the cat’s full weight bears down on the next digit, sometimes driving it through the pad, causing extreme pain. No vet is perfect, and there have been many instances of bits of bone being left behind. The entire nail is not removed, causing it to grow back abnormally and often painfully.  Or the vet accidentally cuts the end of the remaining digital bone, creating a knife-like cutting edge.

To compensate for the pain in their tender paws, cats will attempt to shift their weight farther back on their feet, in effect walking on their “wrists.” The stresses caused by the abnormal posture and movement may produce arthritis in the legs, which, in turn, may cause more suffering.

There are good alternatives to declawing – scratching posts, soft-paws (which are quite stylish) and interactive toys. Scratching is a natural behavior which promotes well-being in your cat.

I have been accused by my colleagues of being “emotional” about this issue, that there is no “proof” of the long-term problems associated with declawing. But the  intake manager at a shelter or animal pound will tell you the number one reason cats are surrendered is inappropriate elimination – in other words, peeing and pooping outside the box. A large percentage of these cats are declawed and don’t want to use the box because it hurts their paws. Walk a mile in my shoes and see the pain declawing can produce. YOU BET I AM EMOTIONAL!

Studies are underway to provide the proof that many of us already understand. And efforts are underway in several states, including New Jersey and New York, to ban declawing. It is an uphill battle because declawing is a very profitable business and the veterinary industry and its lobbyists fight these laws. But the industry is changing because vets and cat people are becoming much more knowlegeable about the long-term affects when you declaw cats.

There are good people leading the fight and many vets are choosing not to declaw cats. Dr. Jennifer Conrad’s movie “The Paw Project” is eye-opening; Dr. Marty Becker is a leading advocate for cats and their paws; talk show host Steve Dale is against declawing; Cole & Marmalade, Lil Bub and City The Kitty ask you to raise your paws against this cruelty. Check out their Facebook pages for more information.

Please join me and raise your hand for cats’ paws.

After a long career in finance, Dr. Carnohan returned to school and graduated from the Kansas State College of Veterinary Medicine at the tender age of 50. She bought the Cat Care Clinic of Asheville in August 2013.