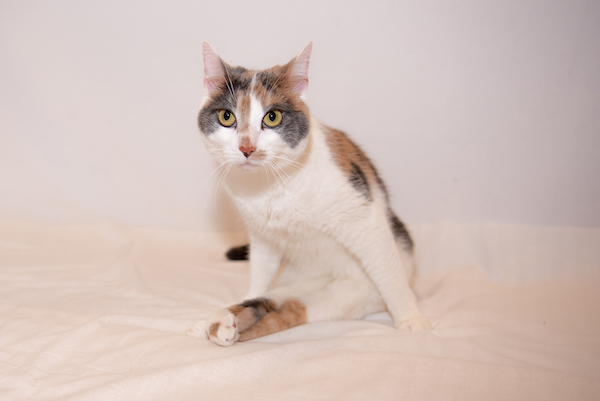 Joy, the cat with paralyzed rear legs, was named Pet of the Year by on-line voters/donors in the Asheville Humane Society (AHS) fundraising contest that generated $22,349 for the group. (Each vote represented a $1 contribution.)

The winner and runners-up were determined by the most votes/donations generated by the pet’s photo and story on the AHS website. First Runner-Up was Toby, a dog with a story, and Second Runner-Up was the cat Noelle, who had her own special herstory. The AHS staff voted for the pet they thought had the best story. Scrappy won in the dog category and Cory Piper was the winning cat.

There were 155 pets entered in the on-line contest, presumably by their owners or a human friend. Overall, including entrants and donors/voters, there were 723 participants in the contest. The average vote/donation was $39.36 per pet.

Dog Tag Art was the primary sponsor of the Pet of the Year contest, while Bankers Insurance, Woof Gang Bakery & Grooming of Asheville, and French Broad Mobile Vet also supported the event.
Contest winner Joy will be featured in an upcoming Prestige Subaru ad campaign, a $100 gift
certificate to Patton Avenue Pet Company, two tickets worth $250 to the 2018 AHS Charity Gala “Taste of Compassion,” and other prizes.

Joy’s pet parent, a veterinarian, wrote that, “Her, (Joy’s), name is perfect. She literally brings Joy to everyone around her. Joy will soon be registered as a therapy pet so she can help more seniors, adults and children open up to her. The amount of love she gives just amazes me every day.”